Home > Blog > New research: Lane-centering tech may not be as safe as you think

New research: Lane-centering tech may not be as safe as you think 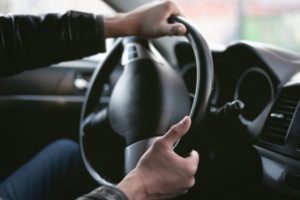 Car makers, safety advocates, lawmakers, and technology professionals have all been working together. Their goal: to prevent the high number of deaths that occur on U.S. roads each year.

According to the Insurance Information Institute, approximately 36,560 people were killed in crashes across the United States in 2018 — down only slightly from 2017 (37,473 deaths).

Vehicle safety technology, such as those found in advanced driver-assistance systems (ADAS), has been making headway in recent years. These features are designed to mitigate the risk of collisions and lane-departure crashes, as well as crashes with pedestrians and bicyclists. They do this by using sensors that detect crash risks, automatically apply the brakes, correct steering, or alert drivers.

However, researchers at the Insurance Institute for Highway Safety (IIHS) have found that certain ADAS systems don't work as well as many drivers think.

Can I rely on automated lane-centering technology?

The test drives were conducted in a variety of roadway environments, both in a rural and urban area. More than three-quarters of test drivers believed that adaptive cruise control was able to detect moving cars ahead and smoothly adjust the speed and distance. They found challenges in the ADAS systems' ability to detect lane markings in the road, as well as stopped cars.

Drivers in the study complained about how the system would take over driving functions when not needed. One driver described how the lane-centering systems in two different vehicles did more to increase the risk of a crash than prevent it:

"I remember going through a right-hand curve and feeling like the BMW was steering me too far over the center line. The Tesla, through the same sorts of curves, felt like it was bringing me too close to the guardrail on the right side of the car."

These challenges were more likely to occur on roads with more obstacles and curves, like state highways and other major roads. Problems with steering systems were less common on interstates.

ADAS is not a replacement for driver responsibility

No technology is foolproof. Even advanced safety features that are known for being reliable can experience occasional glitches. That's why drivers should never rely entirely on ADAS technology to prevent a crash.

When buying a new car that comes standard with ADAS, drivers should always read the owner's manual. That way, they can learn about how these systems work and what activates them.

If you or a loved one was hurt in a crash because another driver wasn't fully engaged behind the wheel, you may be eligible for compensation through a car accident claim. To get started, contact the Arkansas attorneys at McDaniel Law Firm, PLC and schedule your free consultation.