New survey: Nearly 50% of Americans are impacted by drowsy driving 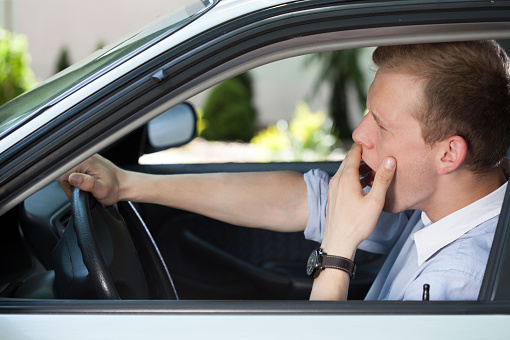 More Americans are getting less sleep today than at any other time in history. According to the American Sleep Apnea Association, roughly 70 percent of adults get insufficient sleep at least once per month. That may not seem like a big deal, but that one night with a few hours of sleep loss can have a profound impact on someone's ability to safely operate a motor vehicle.

What's worse, another 11 percent of adults get insufficient sleep every night. Overall, an estimated 50 to 70 million Americans are affected by sleep issues.

How does insufficient sleep play out on the road?

According to a 2019 survey conducted by the American Academy of Sleep Medicine, 906 out of 2,003 (45%) of adult drivers admitted that they struggled to stay awake while driving at least once. Approximately 43 percent of them were located in the Midwest.

The survey found that by generation, drowsy driving was prevalent among:

According to the National Highway Traffic Safety Administration, about 91,000 crashes and 795 fatalities across the U.S. were caused by drowsy driving. The majority of these crashes occurred between midnight - 6 a.m., involved a single with no passengers, occurred on rural roads and highways, and left no signs of braking.

How can drivers recognize the Warning signs?

When drivers begin to notice these signs, it may be time to get off the road:

Crashes caused by drowsy driving are 100 percent preventable when drivers heed the warning signs, get plenty of sleep, and avoid getting behind the wheel when it's not safe to do so. Drivers who begin to notice signs of fatigue should never attempt to "stick it out" during their travel. Instead, they should find a place to safely pull over and take a short nap if needed.

If you or a loved one was injured by a fatigued driver in Arkansas, you may be eligible for compensation through a car accident claim. The attorneys at McDaniel Law Firm, PLC can help you explore your legal options and devise a strategy to help you maximize your compensation.

Contact us online today to get started on your claim.