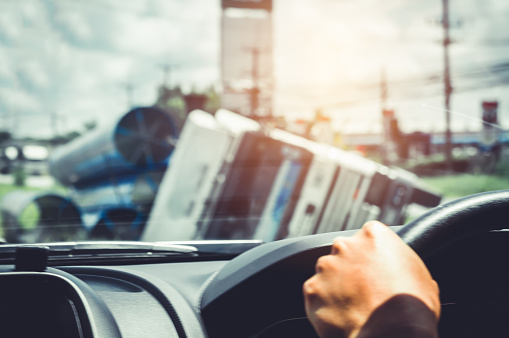 Tractor-trailer accidents happen every year on roads in Jonesboro and throughout Arkansas, causing serious injuries that are sometimes fatal. One serious type of truck accident is a rollover, in which the wheels come off the road, causing the truck to turn over onto its side or even upside-down.

A startup company in California says they have developed a fifth-wheel that can protect truck drivers during a rollover accident.

Axicle Engineering, founded by Steve Krug, a former Tesla engineer with a background in aerospace engineering, has created a fifth-wheel tractor anti-roll system (TARS) it says can sense a rollover that is about to happen. Krug says that the system will then detach the trailer from the tractor – so that the tractor itself won’t roll over, protecting the driver inside.

In 2019, more than 300 people were killed in rollovers involving large trucks The Insurance Institute for Highway Safety (IIHS) says 9,000 people are hurt in such accidents every year in the U.S.

Engineers focused on the problem of rollover accidents

The company’s engineering team includes professionals who worked for SpaceX and Tesla. Krug says that Axicle’s fifth wheel uses sensors that monitor the tractor’s roll angle and rate. He says the algorithm has 99.99% accuracy in detecting a trailer’s threshold limits and that the system acts within 0.2 milliseconds of detecting a rollover.

The company has two patents pending for its product. It is currently raising funds for an initial production run of 10,000 units. Krug said the company is anticipating manufacturing about 80,000 units per year.

Ryan Scott, a risk manager with Kysar Millennium Leavitt Insurance, said the product “is a game-changer for the transportation industry.”

“It can protect the two most important assets for a fleet owner: first and foremost, the driver, from potentially devastating injuries or loss of life from a turnover accident; secondly, the cab itself, which is an expensive item to replace or repair after a rollover accident,” he said.

Tractor-trailers can weigh up to 80,000 pounds when fully loaded. When they roll over, they can crash into passenger cars or trucks, causing devastating damage. Serious and sometimes fatal injuries are often reported in these types of truck accidents.

Victims of rollover crashes usually require medical treatment that may involve diagnostic tests, X-rays or MRIs, surgery, hospitalization, and medication. They may need physical therapy and multiple follow-up appointments with doctors and specialists. Medical expenses add up very quickly and can become overwhelming.

Rollover accidents can happen because of speeding drivers, inexperienced drivers, improperly loaded trucks, or mechanical defects. But negligent parties often deny doing anything wrong and refuse to accept responsibility. Insurance companies fight claims for compensation because they know there’s a lot of money at stake.

That’s why you need an experienced truck accident attorney to fight for your rights if you’ve been hurt in a crash with a tractor-trailer. For decades now, the lawyers at McDaniel Law Firm, PLC have been fighting for injured clients across Arkansas.

We know how to investigate truck accidents to get the facts and build strong cases that get results. Our firm has won numerous million-dollar verdicts and settlements for clients in truck accident cases.

If you’ve been hurt in a rollover accident, it’s important to get legal advice as soon as possible. Contact us today to schedule a free consultation.