How Rolling Back Regulations Could Cause More Jonesboro Truck Accidents

The trucking industry is a heavily regulated industry because it needs to be. Commercial trucks could cause devastating accidents if drives are not experienced or if they do negligent and unsafe things such as driving when they are too tired. 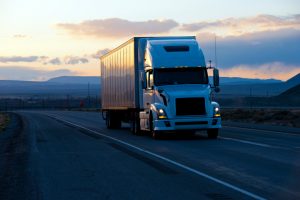 While car accident fatality rates have been falling, a New York Times op-ed warned about a 17 percent rise in fatalities in crashes involving trucks during the same four-year period when car accident deaths overall went down three percent. A trucker shortage is one possible reason for the rising fatality rates in truck-involved crashes, but increased pressure on truckers due to the driver shortage is not the only possible reason. Strong safety rules must be in place to prevent a further increase in truck crashes.

Unfortunately, it is unlikely any new regulations aimed at reducing truck crashes will be passed any time soon. In fact, the opposite is likely to happen. U.S. News is reporting it is likely that regulations impacting the trucking industry will be rolled back and safety rules loosened during the next presidential administration. If this prediction comes to pass, the roads could soon be much more dangerous because truck drivers and trucking companies will have more leeway to do dangerous things.

Regulations affecting the trucking industry are not just put into place for fun. When safety rules are passed, there is a long process to make certain the rule makes sense. Research is done to establish the rule, the public is given a chance to comment, and experts weigh in. Even when rules do pass, they are often challenged in court and can sometimes be overturned. Because the process of getting regulations on the books is an arduous one, most of the rules existing have an important purpose.

Many trucking groups, however, don't like many of the rules and want regulations relaxed. Now that there will be a unified Republican government on the federal level, the trucker advocacy groups who want reform are probably going to get their wish.

The Republicans in congress already forced through one relaxation of a rest-break rule by attaching it to a must-pass spending bill. That reform eliminated a requirement that truckers take a 34-hour rest break with two overnight periods after completing their maximum weekly driving hours.  When congress no longer has to use procedural tricks to roll back regulations, the Republicans will probably grant the wishes of trucking lobbying groups and loosen other rules as well, including lowering the minimum age for becoming a commercial truck driver to 18 down from 21.

If regulations are relaxed, there will be fewer safeguards in place to keep truck accidents from happening. Everyone is likely to be less safe because of this.