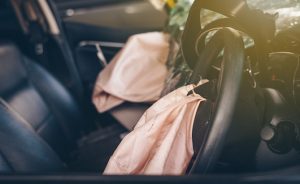 Takata is a manufacturer of airbags found in vehicles made by 10 different auto manufacturers. According to CNN, more than 8 million Takata airbags are now subject to a recall as a result of the fact that the airbags have the potential to explode. When the airbags explode, motorists in the vehicle can be struck with flying metal parts, which can cause serious injuries or even fatalities.

A personal injury lawyer knows if a product is defective, the manufacturer of the product should be held legally liable for any injuries or deaths that occur as a direct result of problems with the dangerous item. The recall should remove the dangerous airbags from the road, but the approach taken to the recall is causing some safety advocates to express concerns.

Could Recalling Defective Airbags Add to the Risk of Driver Injuries?

CNN indicates the reportedly defective Takata airbags may have already been linked to four fatalities and dozens of injuries. Getting these exploding airbags out of the car is a top priority. However, the problem is that Takata does not have enough replacements to put new airbags in all of the affected vehicles.

As a result of this issue, Toyota has obtained permission from the National Highway Traffic Safety Administration to simply disable the airbags and not replace them. This is a temporary solution until more airbags become available. Only the passenger airbag would be removed and a sticker would be put on the dash warning people that there is no passenger airbag and no one should be riding in the passenger side of the vehicle.

However, some safety advocates, including the executive director for the Center for Auto Safety, think this is not a wise decision. Removing the airbags leaves those in the vehicle unprotected in case an accident occurs, and people may not see or heed the warning not to get into the passenger side of the vehicle. Because the airbags do not explode in every case, it is argued it might be better to take the chance of having them work effectively rather than leaving people with no airbags at all.

Airbags definitely have significant life-saving benefits. The National Highway Traffic Safety Administration (NHTSA) reports that more than 2,213 lives were saved over the course of 2012 alone as a result of airbags being used in vehicles. If there are no airbags, the impact of a collision is much more likely to cause fatalities and is more likely to cause serious or permanent injuries.

Unfortunately, this is a difficult choice with no right answers, and it has arisen because the manufacturer failed to live up to its obligation to ensure that it does not release a defective product into the consumer marketplace. A company responsible for the defective airbags in vehicles could be held legally liable if it can be demonstrated that problems with the safety equipment caused or contributed to causing serious injuries or death. This is true regardless of whether a recall is initiated.

If you were injured or a loved one died in a truck accident, a Jonesboro personal injury lawyer can fight to protect your rights. Contact the McDaniel Law Firm at 1-855-524-4744. Serving Northeast Arkansas including Jonesboro, Paragould, Craighead County, Lawrence County, Greene County, Mississippi County, Poinsett County and surrounding areas.