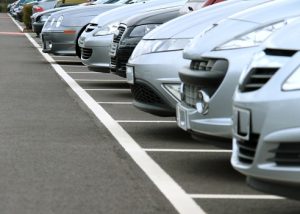 Backover accidents are a significant cause of serious injuries that stem from a variety of instances.

Often, bicyclists and pedestrians are involved, and serious or fatal injuries result. In many cases, these incidents occur in parking lots. Tragically, they sometimes involve small children who may be playing around a vehicle.

People face a number of risks in the workplace as well, especially those involved in the delivery or construction industries. OSHA Standard Number 1926.601(b)(4) requires those loud backup beepers in cases where a driver's view to the rear is obstructed and there is no observer to safely signal him or  her. Updates to the "Preventing Backover Injuries and Fatalities Standard" were scuttled last year by the Trump Administration, according to Safety and Health Magazine.

Requiring rearview cameras in all new vehicles would help eliminate the threat in parking lots and across the country. This year, beginning in May, the National Highway Traffic Safety Administration is scheduled to require all new passenger vehicles weighing less than 10,000 pounds to be equipped with rear-view cameras.

The regulation has been debated for more than a decade and initially opposed by automakers for cost reasons. The NHTSA rescinded a previous order that would have made the cameras mandatory in 2014. Congress passed that law in 2011, according to USA Today. In 2010, the U.S. Department of Transportation reported 210 people are killed and 15,000 are injured in light-vehicle back-up incidents each year.

Most often impacted are children under the age of 5 (31 percent). Adults over the age of 70 accounted for more than 1 in 4 such fatalities.

Do your best to keep yourself and your children safe when walking through parking areas. In the event that a negligent driver's actions caused your injury, or an injury to a loved one, you should speak with an experienced attorney who can discuss your options.