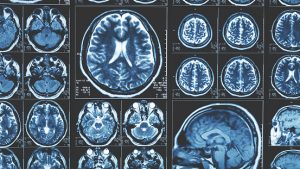 In Northeast Arkansas including Jonesboro, Paragould, Craighead County, Lawrence County, Greene County, Mississippi County, Poinsett County and surrounding areas, many victims of collisions, falls, sports accidents or violence experience injury to the brain. Brain injuries can be invasive and difficult to successfully treat. When brain injuries are severe, they can leave a patient with permanent cognitive impairments. Even milder brain injuries like concussion can result in memory problems, impaired judgment, mood changes and other symptoms that can last for weeks.  Over the long-term, brain injuries can also increase the risk of developing medical problems like dementia.

A personal injury lawyer knows that part of what makes brain injuries so devastating as that they are difficult for doctors to diagnose and provide effective patient care. Concussions and other mild brain injuries don't always show up very well on CT scans. Monitoring improvements from brain injuries is very difficult even with imaging tests. Clinical trials are all-but-impossible to conduct because there is no clear measurable system for classifying or quantifying brain injuries.

Fortunately, some new research published in the Journal of Neurosurgery suggests that medical experts may be making progress.  An eye-tracking procedure was developed at Langone Medical Center at New York University. The procedure was tested and found to be helpful in brain injury diagnosis.

Advancements in Brain Injury Could Help Save Lives

According to Forbes, the recent research involved a study with 169 patients. Of the people included in the study, 157 people were considered neurologically normal and had no history of injury or damage to the brain. Twelve of the patients included in the study had sustained injury to the brain. Their injuries affected the cranial nerves that controlled the eyes, or the injuries had caused swelling and damage near the area.

All of the survey participants were asked to watch about four minutes of a television show or a music video. As they watched, their eyes were tracked.  Those who were neurologically normal had a ratio of about 1:1 for horizontal and vertical movements of the eyes. Their eyes moved up and down about the same number of times. For those who had neurological problems, however, the ratio was different. The extent of the difference depended upon where the brain was injured and how badly.  When some of those patients with damage to the brain had a surgical procedure to treat them, their horizontal and vertical eye movements returned back to normal ratios.

Eye-tracking is a pretty simple procedure and it could be used by first responders to detect if someone is actually suffering from a brain injury, as well as be used by doctors as a diagnostic tool during clinical trials or when treating individual patients. The fact that this procedure could potentially be used both to identify brain injuries and track improvements is a major step forward. It could make a big difference in the lives of the 235,000 people admitted to U.S. hospitals each year for brain injury, not to mention preventing some of the 50,000 deaths each year that traumatic brain injuries cause.

If you were injured or a loved one died in a truck accident, a Jonesboro personal injury lawyer can fight to protect your rights. Contact the McDaniel Law Firm at 1-855-524-4744. Serving Northeast Arkansas including Jonesboro, Paragould, Craighead County, Lawrence County, Greene County, Mississippi County, Poinsett County and surrounding areas