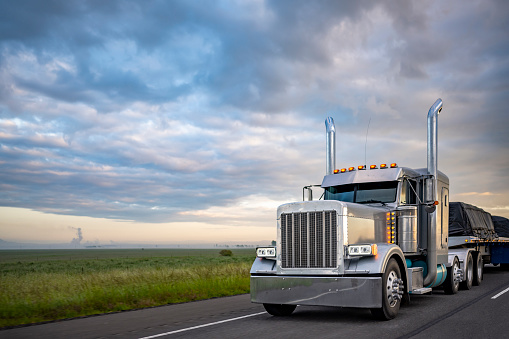 Truckers driving under the influence of alcohol or drugs pose an obvious threat to the health and lives of Arkansans because they are at risk of causing a devastating truck accident. Now, the government is cracking down even harder on commercial truck drivers who violate the rules.

The Federal Motor Carrier Safety Administration (FMCSA) is targeting commercial motor vehicle drivers – big rig operators – who get behind the wheel while under the influence of alcohol or drugs. Under a new rule that took effect Nov. 8, 2021, states cannot issue, upgrade or transfer either a commercial driver’s license (CDL) or commercial driver’s permit (CDP) after even a single violation.

The rule closes a “knowledge gap” by giving state driver’s license agencies access to the FMCSA’s Drug and Alcohol Clearinghouse, which records trucker violations. Until now, most states did not have the information, meaning they were unaware that some truckers with violations were still on the road.

According to the FMCSA, states must amend their laws or regulations “as soon as practicable, but not later than three years after the effective date of such changes (Nov. 18, 2024).” The agency said the three-year period gives states time to enact the rule, conduct training for employees, and update technology to receive Clearinghouse information electronically.

Overall, Arkansas has a major problem with drunk drivers, ranking seventh-worst in the country in fatalities, according to a BuyAutoInsurance.com study that covered a three-year period. Deaths totaled 500, with a per capita drunk driving rate of 5.91 deaths per 100,000 residents, compared to 4.3 nationally.

Perhaps more surprising is the problem of truckers driving while under the influence of drugs. Research by two professors at the University of Central Arkansas in Conway estimated about 300,000 truckers nationwide would lose their jobs if required to pass a hair drug test to catch operators using illicit drugs.

Professors Doug Voss and Joe Canelgosi conducted the study, comparing tests from hair and urine samples. While all truckers must pass a urine drug test, the requirement is “easily thwarted,” they reported, while a hair test is more stringent.

“I’m always surprised when someone would get out on the road in an 80,000-pound truck and be high on some sort of illicit substance,” Voss said. “To find out that there are nearly 300,000 truck drivers on the road that should not be on the road if we just used a different test is really surprising and a little scary.”

Big rigs can pose big risks to other motorists

If you were injured or a loved one died in a truck accident caused by a negligent trucker or trucking company, you have recourse through the civil justice system. The problem is cases involving commercial truck accidents are often high stakes and highly contested. Depending on the specific details of your case, there may also be multiple liable parties (e.g., the trucker, the trucking company, a truck parts manufacturer, third-party vendors and contractors, the owner of the cargo, or even another driver involved in your crash).

That's why you should consult with a truck accident lawyer in your area to get a clear understanding of your legal rights and options. An attorney who knows how to handle cases involving tractor-trailers will be able to identify everyone who played a role in your crash, gather and preserve critical pieces of evidence controlled by the trucking company, track down and interview eyewitnesses, and build a compelling case for the compensation you're entitled to.