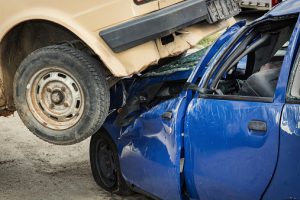 In August, Newsweek warned the United States was "on track to have its deadliest traffic year since 2007." From January to June of 2015, there was a 14 percent rise in car accident fatalities this year as compared with during the prior year. Early estimates suggested almost 19,000 people losing their lives in motor vehicle crashes in the first half of 2015.

Arkansas was among the states seeing a rise in collisions, according to National Safety Council. Motorists in the state experienced 237 fatalities in the first six months of 2015, compared with 207 deaths during the same period in 2014.

Now that the year is over, preliminary data from National Highway Traffic Safety Administration for the year does not look much better than the mid-year information did.

In 2014, the trend had continued towards a decline in car crash fatalities. There were 32,675 deaths or 1.07 deaths per 100 million vehicle miles traveled in 2014. This was a .01 percent reduction in fatalities from 2013 and it made 2o14 the safest year on record for occupants of passenger vehicles. The number of occupants dying in car was the lowest number since data collection began in 1975.

In 2015, however, there has been a dramatic rise in car crash fatalities. Estimates suggest the number of fatalities is up 8.1 percent as compared with last year and the fatality rate is up 4.4 percent in 2015 compared to the fatality rate in 2014. NHTSA's statement on the issue warned "the estimated increase represents a troubling departure from a general downward trend."

The increase in motor vehicle accidents may be a result of the fact there are more drivers on the road. This year has brought low gas prices, which encourage people to drive more and to drive longer distances.

The year has also brought continuing improvements in economic conditions, which means people have more money and are more likely to be able to take road trips or go out and do activities.  Improving economic conditions also mean more teenagers can find jobs, which translates to more young drivers on the road.

Whenever there are more people out, the increase in cars means an increase in the number of potential accidents. Crowded roads can also lead to more collisions due to road rage, tailgating, and speeding by drivers eager to get to their destinations.

Drivers, however, don't just have to accept the fact increasing economic security and low gas prices always leads to more crashes. Motorists can take steps to try to be safer behind the wheel. If motorists stay sober, stay focused on the road and avoid distractions, do better in sharing the road with bike riders and pedestrians,  refrain from speeding or driving aggressively, and otherwise follow best practices for road safety, crash rates can hopefully decline again in 2016.