Five Facts About Seat Belt and Car Seat Use 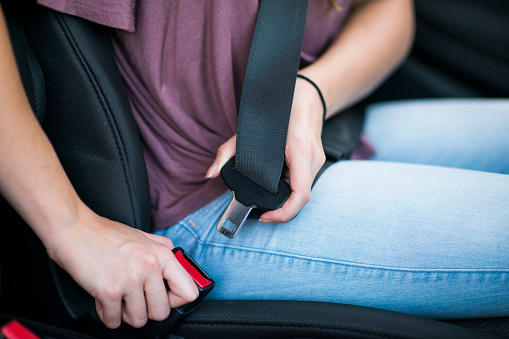 A personal injury lawyer reveals what drivers in Jonesboro should know

Hundreds of people are injured or killed in car accidents in the state of Arkansas each year. Lives can be changed in seconds, often because a negligent driver was speeding, acting recklessly, texting behind the wheel, or operating under the influence of alcohol or drugs.

Seat belts and car seats for children can help protect drivers and passengers from severe injury in the event of an accident. But how many people use them? Are they required by law?

Here are five facts about seat belt and car seat use.

1. Not enough people are wearing seat belts in Arkansas.

The National Highway Traffic Safety Administration (NHTSA), which keeps track of seat belt usage across the United States, found that 82% of people in Arkansas wear seat belts. Compared to other states, that’s low – Arkansas is tied for the fifth-lowest usage rate in the country.

2. Seat belt use is required by state law.

An examination of crash data for 2017 determined that seat belts saved an estimated 14,955 lives that year – and another 2,549 lives could have been saved if victims had been wearing a seat belt.

The NHTSA’s National Occupant Protection Use Survey (NOPUS) found that in 2015, there were 531 traffic fatalities – and in 14% of those cases, lives could have been saved if seat belts had been worn.

4. Car seats for children are required by state law.

In Arkansas, all children age 5 and under must be buckled in a car seat or booster seat. The fine for a violation of this law can range from $25 to $100.

5. Children’s lives are saved by car seats every year.

An analysis of data found that using car seats saved 325 children in 2017 alone. It’s estimated that children properly secured in car seats were more than twice as likely to survive a collision.

What to do if you've been injured

If you were injured in a car accident that wasn't your fault, the first thing you should do is get checked out by a doctor right away. Next, you need to talk to an experienced personal injury attorney about your legal rights and options.

Negligent drivers often deny responsibility for causing car crashes and try to shift the blame. Insurance companies routinely minimize the injuries of victims and try to pay them less money. That’s why you need someone on your side to protect your rights and aggressively advocate for your best interests.

At McDaniel Law Firm, PLC, we know how to hold negligent drivers accountable and deal with the insurance company. Our firm fights to help our clients recover the financial compensation they deserve and has a long record of results. Learn more about how we can help. Contact us today to schedule a free consultation. There are no obligations, and we offer contingency fee agreements. That means you pay no fees unless we win your case.