Home > Blog > Is Cocaine Use Among Truck Drivers Underreported?

Is Cocaine Use Among Truck Drivers Underreported? 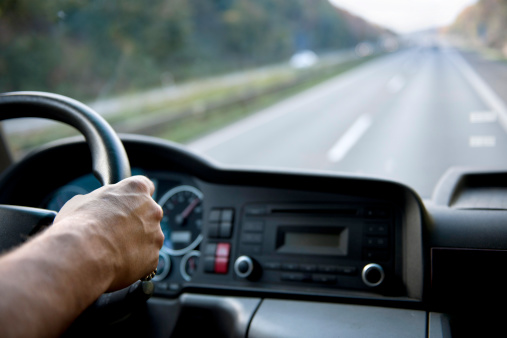 Cocaine use among commercial truck drivers may be much higher than previously estimated, according to a new study of certain drug test samples conducted by researchers at the University of Central Arkansas (UCA).

The U.S. Department of Transportation “is seriously underreporting the actual use of harder drugs by truck drivers, such as cocaine and illegal opioids,” said Doug Voss, a professor of logistics and supply chain management at UCA, in an interview with trucking industry website Freight Waves.

Studies like the UCA one also illustrate the danger posed by impaired truck drivers, who often cause serious tractor-trailer accidents and other collisions on highways in Arkansas and across the country.

Cocaine use among truck drivers

For many years, truck accident researchers and safety regulators believed that marijuana use was significantly higher than other illegal drug use among drivers with a commercial driver’s license (CDL), according to another Freight Waves article.

However, the recent UCA study found significantly higher rates of cocaine use in pre-employment hair drug test results versus urine test results. “Utilizing statistical evidence, our analysis finds hair testing is more effective at detecting the use of harder drugs than urine testing,” the study noted.

Additionally, more than 1 million people each year are arrested for driving under the influence of drugs (legal and illegal) or alcohol, according to the Centers for Disease Control and Prevention (CDC).

Another startling statistic – 16 percent of all motor vehicle accidents (including truck accidents) involve drivers under the influence of drugs other than alcohol, according to the CDC. This is just one reason why trucking companies need to conduct thorough background checks when hiring new drivers.

Every state has strict rules and regulations prohibiting the use of illegal drugs such as cocaine while driving. Federal laws also exist that prohibit the use of illicit drugs among truck drivers with a CDL.

As part of the federal laws that ban illegal drug use among truck drivers with a CDL, such drivers must undergo regular drug testing. Tests include pre-employment drug tests, post-accident drug tests, and random drug tests.

If truck drivers test positive for cocaine or another controlled substance, they will likely lose their CDL and “be immediately removed from operating any CMV (commercial motor vehicle) on public roadways,” according to the FMCSA.

Don’t underestimate the complexity or the seriousness of your case. Even if local, state, or federal authorities are investigating your truck accident, don’t simply assume you will be fairly compensated because the trucker who caused the crash was under the influence. The official accident investigation will only focus on why your accident happened, not whether you receive appropriate compensation for your losses.

That’s our job—and we're ready to get to work for you. Discover how an experienced Arkansas truck accident lawyer from our law firm can help you. Contact us today for a free consultation. Our office is located in Jonesboro and we proudly serve clients throughout Northeast Arkansas, including Paragould, Craighead County, Lawrence County, Greene County, Mississippi County, Poinsett County, and all of Arkansas. We also serve clients in Southeast Missouri and Memphis, Tennessee.