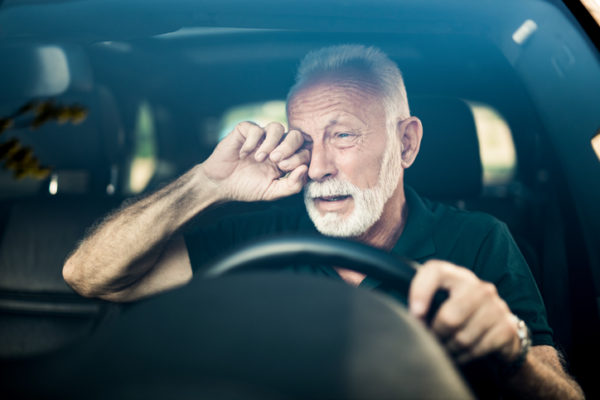 The automotive industry has implemented several crash mitigation systems in many new cars. Some of these features take over vehicle functions in the event of human error. For example, a safety feature may take over the braking or steering functions when a driver is inattentive.

The European Union may be ahead of the curve when it comes to technology that can actually mitigate human error itself.

According to CNN, German engineering company Bosch developed a system that detects both drowsy and distracted driving.

The interior monitoring system uses cameras and sensors that focus on drivers' eyelids and faces. The system uses artificial intelligence to determine when drivers take their eyes off the road or become drowsy.

The system then alerts drivers by emitting a sound, flashing a light, slowing the car down, or vibrating the steering wheel.

"Based on all this information, it can recognize if you're getting tired because the frequency of your eyelids opening and closing gets much slower," said Annet Fischer, spokesperson for the Bosch interior monitor system.

This system will be mandatory in all 2022 European cars. Similar technology is being used by companies in Australia and another in Sweden.

Drowsy driving: a leading cause of truck crashes

Joshua Harris, director of campaigns at the UK road safety charity Brake, says that drowsiness is a problem among people who drive professionally.

"These drivers are often behind the wheel for long periods of time and can be in charge of heavy vehicles, which can cause huge destruction in the event of a crash," said Harris.

According to the Federal Motor Carrier Safety Administration, approximately 4,889 fatal crashes in the U.S. involved large trucks and buses. Drowsy driving was the cause of many of these crashes, which could be prevented with the implementation of driver error prevention technology.

Like any automated technology, these monitoring systems aren't foolproof. It's crucial that drivers avoid relying too much on this technology and act responsibly. It will likely be years before we see the complete rollout of this technology in the U.S. Even then, drivers still have a duty to stay alert and attentive.

If you were hurt in a crash with a distracted or drowsy driver, take legal action today. The Arkansas car and truck accident attorneys at McDaniel Law Firm, PLC can help you explore your legal options and pursue damages against the at-fault driver's insurance provider. Contact us online today to schedule your free consultation.