A deadly truth: Car safety features are built for men 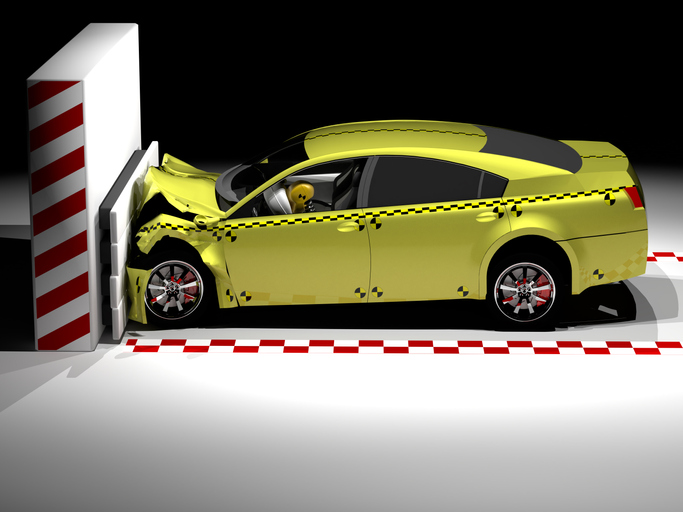 Anyone who has ever bought a car, or seen an advertisement for a car, is familiar with one safety metric: the 5-Star Safety Rating from the National Highway Traffic Safety Administration (NHTSA).

Those who have dug into the 5-Star Rating a little more know that it's based on crash tests, specifically tests involving head-on, side-impact, and rollover crashes (since those types of crashes account for most fatalities). But what you may not know is that the front- and side-impact tests are only performed with a crash test dummy designed to match the average male driver: roughly 5-foot-9, 170 pounds, as reported by InvestigateTV.

According to research by the University of Virginia, women are nearly 20% more likely to be killed and a whopping 73% more likely to be seriously injured than a man involved in a similar car accident. Yet the testing we use to assess whether vehicles are safe does not take the female body into account, and the consequences for female motorists can be catastrophic.

Anatomical differences can contribute to injuries in car accidents

When a car crashes into another vehicle or an object, there are three collisions that occur. First, the vehicle itself comes to a sudden stop. Second, the bodies of the people inside keep moving forward until they hit something: the steering wheel, dashboard, seat, seatbelt, etc. Finally, when the body as a whole comes to a stop, the internal organs keep moving until they hit bone or are otherwise stopped. The injuries sustained depend on how and where the force of impact is transferred to the body.

"Their neck strength, their head, their torso versus their pelvis, where they sit relative to the steering wheel, how they sit in the vehicle, all add to the level of injuries that [women] get," said Chris O'Connor, CEO of Michigan-based crash test dummy manufacturer Humanetics. For example, women are more vulnerable to neck injuries such as whiplash because they generally have lower muscle mass in the neck than men, even at the same overall level of physical fitness.

In short, anyone who isn't the average male driver, including taller, shorter, heavier, or lighter men, is not entirely reflected in the safety standards the NHTSA uses. Even women who happen to be 5'9" and 170 pounds have important differences in bone density and muscle mass that can affect how a crash impacts their bodies relative to the average man.

Regardless of the vehicle safety standards the government uses, manufacturers have a responsibility to ensure their products are safe for everyone who uses them, regardless of height, weight, and gender. If flaws in the manufacture of your vehicle caused or contributed to your injuries, you may have a product liability claim against the manufacturer.

Just as importantly, while we have made great strides in making cars safer, no safety standard is perfect, and the key is to ensure responsible, defensive driving to prevent crashes from happening in the first place. People who drive too fast, distracted, or under the influence of alcohol need to be held accountable for the harm they cause. Ultimately, that is the only way to make our roads safer.

If you were injured in a car accident in Jonesboro or anywhere in Arkansas, you need strong legal representation to fight for your legal rights and pursue accountability for your injuries. Don't go up against an insurance company alone; contact McDaniel Law Firm, PLC for a free, confidential consultation.