Home > Blog > Drivers need to watch out for 'Zoom Zombies'

Drivers need to watch out for 'Zoom Zombies' 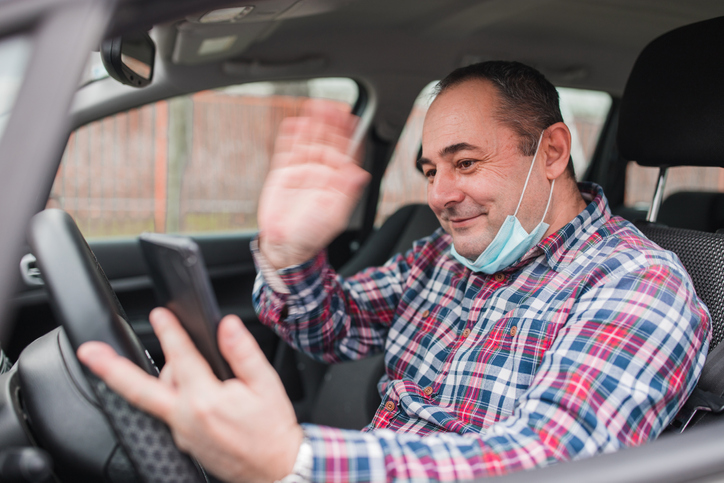 It’s often easy to identify dangerous drivers. They're talking on their phones. They're speeding through yellow – and sometimes red – traffic lights. But what about the drivers experts are calling “Zoom Zombies?”

What are they and why are they so dangerous? Here's what you need to know...

Zombies are real and sharing the road with you in Arkansas. They are the people who drive after participating in a videoconference. Their brains may be behind the wheel, but their minds are elsewhere. They are “Zoom Zombies,” and they are at risk of causing car accidents.

In fact, 54% of 1,819 adult motorists in a Root Insurance study admitted having trouble concentrating after Zoom and other videoconferences. The problem was prevalent among younger drivers too: 65% of Gen Z drivers (born after 1997) and 48% of Gen X drivers (1965-2000) said they lost focus when their attention should have been on surrounding traffic conditions.

Root Insurance founder and CEO Alex Timm says: “COVID-19 fundamentally changed the way we interact with our vehicles. As many abruptly shifted to a virtual environment, Americans’ reliance on technology dramatically increased along with their screen time, causing a majority of drivers to carry this distracted behavior into their vehicles.”

Zooming in and zoning out

Experts believe the mental stress of videoconferences is “likely a contributor” to an increase in roadway deaths in 2020 despite the fact that fewer people were on the road because of the pandemic. The National Safety Council, in reporting on preliminary data, says more than 42,000 people died in motor vehicle accidents last year. That’s a 24% increase, based on miles driven, making it the largest such year-to-year jump since 1924.

“The problem with distraction is huge and it’s not just checking email or texting,” said Russ Rader, an official with the Insurance Institute for Highway Safety. “There’s the risk of cognitive distraction, looking at the road while your thoughts are elsewhere. That zoning out may mean you don’t notice a dangerous situation soon enough to react.”

Distracted driving, in general, continues to be a major problem. Safety experts blame distracted drivers for causing at least 10% of highway deaths, though this number is probably much higher because drivers are unlikely to admit they were texting or otherwise not paying attention before causing an accident.

“Many Americans have honed their use of technology and their ability to multitask during the pandemic. But living-room skills do not translate behind the wheel,” Timm said. “As drivers return to the road, they should recognize the dangers of false confidence to protect themselves and their passengers.”

There's no excuse for negligence

It’s doubtful that the driver who caused your crash – and your injuries – is going to admit they were mentally fatigued from a videoconference. It’s far more likely that they will deny responsibility and try to blame you for the accident. You may be injured, out of work, and facing the financial, mental, and emotional stress of being unable to provide for yourself or your loved ones. The last thing you need is an insurance company denying your claim or making you a lowball settlement offer that on paper might look ok, but in reality, comes nowhere close to meeting your current and future needs.

At McDaniel Law Firm, PLC, we have more than 50 years of combined experience maximizing the value of injury claims for crash victims in Jonesboro and throughout Arkansas, as well as Southeast Missouri and Memphis, Tennessee. Let our highly skilled attorneys treat you with respect while we fight for the compensation you deserve.

See how a car accident lawyer can help you. Contact us today to set up a free consultation.